Road Trip : A Week in The Provence 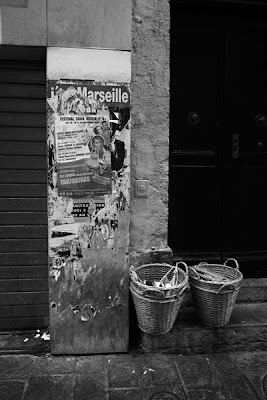 I am currently on a road trip in Southern France, spending a week driving around the picturesque countryside, visiting the pretty hill towns and hamlets of the Verdons valley, the numerous vineyards of the fertile Provencal land and encountering the occasional rain shower in the late Summer. The mistral was blowing the day we arrived but luckily it didn't last, and the days are now pleasantly warm and sunny.

Today, I visited the historic city of Marseille, France's second largest city after Paris. Its pretty much like a shabby Paris-by-the-sea, and has the grandness of a great city with raw vibe and energy that Paris somehow lacks. Due I think to its Mediterranean heritage, being crossroads for traders from Africa and Asia for over 1,000 years, the city exudes a warm friendliness from its inhabitants which I hadn't expected (unlike Paris). 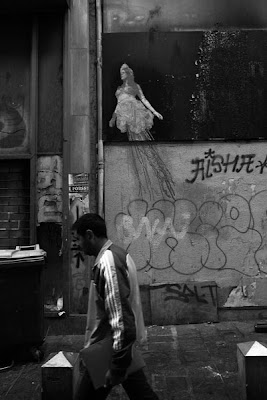 I always make head way for the street markets whenever I come to a new city or town. Markets are great meeting points where ordinary folk gather, meet and shop, eat and drink, and are great for street photography.
I particularly posted these black and white images I photographed in the less affluent Arabic quarter, in the midst of Ramadhan. The narrow streets of east of the city, a stone's throw from the slick Vieux Port lined with million dollar racing catamarans and luxury yachts is a contradiction. 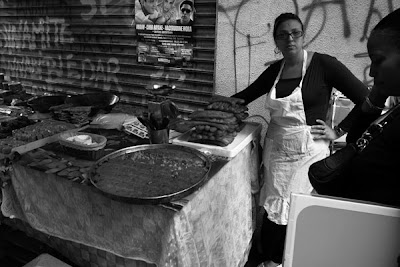 These streets feel more human to me than the exclusive designer shops just around the corner on Cours Saint. 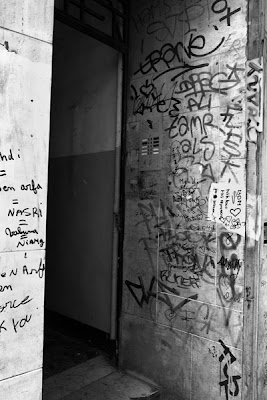 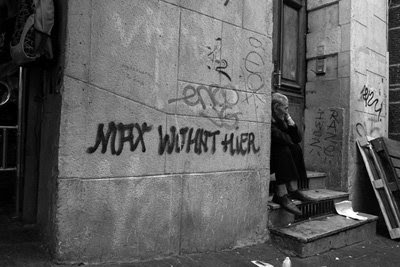 I only spent 3 hours or so drifting in and out of Marseille's back streets to realise how the French have accepted and integrated within their own diversity in race and religion much more than some other multi-racial nations. After all, their history goes back hundreds of years.

Yes, poverty exists in pockets amongst the ethnic communities in general, but the French identity within these communities prove strong. I have no doubt that racial discrimination is also subtlety practiced, but class and the hierarchical structure of society does not enter into the equation. 'Liberty, Egality and Fraternity' is endorsed and practiced with a open mind more so, compared to say Britain or Germany. 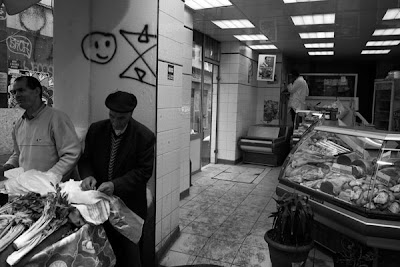 A few days ago, I met Mr and Mrs Nguyen, who operated a mobile stall selling fried Vietnamese spring rolls and crab claws at a traveling market, up in the pretty hill town of Cotignac. I conversed with him in broken French, and he asked me where I was from? I told him that I was Malaysian, and he exclaimed that Malaysia is a very nice country, we've got the tall towers.
Posted by svllee at 22:27

Steven,
It is nice to see other countries through your eyes. Your write up is superb.
See that R... thing is found everywhere, only the magnitude differs.

Dear Zawi, thanks for your comments. Racism or the R thing as you succinctly put it.. for me, is the 'fear of the unknown'. If we attempt to learn, understand and appreciate our differences without casting judgment over others, the battle is won.

Hi Tehsin, you know, I really like Marseille, now that I have been there. Its a bit dangerous apparently in some parts of the city, as tourists have been mugged etc. But its got charm and the govt is cleaning the place up. Its the capital of Culture also. By the way, you can take the boat to Algeria, Tunisia and many other med cities from there...hmm Pls don't hate me lah..tooo strong a word..

"I am currently on a road trip in Southern France, spending a week driving around the picturesque countryside, visiting the pretty hill towns and hamlets of the Verdons valley, the numerous vineyards of the fertile Provencal land and encountering the occasional rain shower in the late Summer. The mistral was blowing the day we arrived but luckily it didn't last, and the days are now pleasantly warm and sunny."

Lovely description...sigh. Makes me wish I was taking such a road trip too!

But why ah, must the Muslim quarter be "litter strewn"...sometimes I don't understand my fellow Muslimslah...

its only a road trip..just change the words ''Southern France'' to the ''Perak'', ''Verdons valley'' to 'Kinta Valley', 'mistral' to 'monsoon' and there you have it!

Its not totally litter strewn, just that the streets I walked in were the market streets and wherever there are markets, there will be litter, like cardboard boxes, spoiled fruit, wrappings etc. These will be cleaned up as soon as the market is over. One thing I did notice however are those cake and dessert sellers. Their stuff is full, (and I mean 'everywhere') of bees, attracted to the honey.Guess bees are clean insects.

I just found a favorite eatery of mine Shahjahan Maju at Setiawangsa ( a few years back before I moved to my new place) CONDEMNED by DBKL...they sealed it and the workers were busy ripping the place apart, ceiling to floor....bees definitely better them em rats and roaches! ( i can't get that tosei i used to eat there out of me now...already flesh and blood...ugh.)

Hey, why u stop blogging? Don't give up lah..

People dont like what I have to say lah...so better i can it lah...btw, you got makings of photojournalist. writings really good!

Eh, nanti put up the Provence countryside pics eh? Nanti I compare to Perak....(tell me when they're up!)

Will : i think there have been some problem with the arab origin french about getting employed. If you remember last years , been lots of incident of rioting and burning cars to show their displeasure.

very interesting road trip pics, and story. thanks for sharing. hope you received my email in response to your comment on my blog?
:)ankush