How to stay relevant to your photography 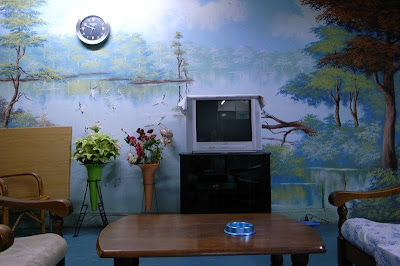 I have been meaning to write this topic for a long time now, and finally, I am able to put my thoughts together. This past year, I have been traveling to and from the UK to Malaysia and Singapore, working on photography related projects, namely, the KL Photoawards, in its second year, and Silent Wall, a book project, documenting the Pudu Jail mural.

From this perspective, I have given much thought to how one can make photography work for you, or rather, how to stay relevant to one's own photography. I keep a watch on my friends' Facebook wall updates regularly and notice a pattern of postings that has become slightly predictable. Camera ownership has become saturated amongst social media users, taking the form of cameraphones to high-end Digital SLRs, and sites like flickr and Facebook have become a virtual instant gallery, showcasing one's latest photographic endeavour, seeking feedback, commentary and 'Likes' within minutes of one's postings. The instant sharing capability of photography today with the advent of broadband and mobile technology has, in my opinion dulled the very nature of picture-taking to the detriment of personal expression through fine editing skills. We tend nowadays to post even the mundane, lacklustre, unoriginal compositions and banal contents to provoke response. (Guilty as charged!)

Amidst these plethora of images, I see much repetition, and although they say that 'imitation is the best form of flattery', it does not lend to one's own creativity. People keep telling me "I have nothing to photograph", "There isn't anything worth photographing", "I need to travel to new locations to photograph", " I'm too busy working everyday" can be so easily answered with "What do you want from photography?"

Many newcomers to photography often develop a passion after having thumbed through some exotic travel magazine spread, noticed some great witty advertisement campaign, have seen some peer's successful career in shooting weddings and simply want to jump in, or are simply tech-based, i.e. they have a passion for photographic equipment rather than photography. All are legit forms of entry but none I know entered photography to change the world.

Yes, you read correctly. Change the world. I qualify that by adding, 'change the world through the better understanding of the human condition'. Social photography, is the genre where it all started in the first place. As the camera was invented, photography replaced paintings of the upper classes, and brought a new media to the masses, enabling self-portraits, images of families and workers, to be recorded with much ease and lesser expense. Thus, to cut a long story short, social documentation became documentary photography, with added text, became editorial, news gathering, and only most recently, artistic and fine art photography became prevalent.

My love for the 'act' of photography, that is, the ability to operate the camera to record my surroundings and the people I react with began when I first saw amazing portraits of mercury poisoning sufferers in Minamata by W Eugene Smith in the late 70s. 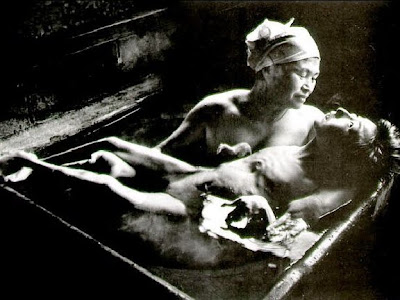 © W Eugene Smith
The above image moved me to no end, and so I thought, I'd too, want to change the world. Having noble intentions is one thing, but having the ability to execute it is another. However, there's always a starting point, and this would, for most people, be their nearest and dearest. I regret I had not sufficiently photographed my own parents, uncles, aunts and cousins whilst I had the chance. I truly regret this. Not just mere casual holiday snaps in Port Dickson or Chinese New Year family portraits, but thought out and planned portraits. It always seemed that the camera is a tool for taking pictures of the 'outside', but never the 'inside'. Family pictures are sacrosanct.

I'd truly recommend any newcomer to set yourself a project to photograph your family members or close friends, just so that you would get into a zone that you are familiar with already without making things more complex than it should be. Once you begin to look at formal portraiture of family from a deeper, aesthetic angle, then the process would become easier venturing further afield.

However, being relevant doesn't mean not experimenting with or sharing new ideas with your fellow practitioners, but understanding one's limitation, knowledge and skills. Aspiration in photography is the linchpin to greater things, whilst execution is the only way to success. For without execution, all great aspirations will not see the light of day.

I find that in photography there's no shortcut. Some might well disagree with this, but I'm being general here. Photography, as in any artform, is an acquired skill, not only in the technical ability to operate equipment, and even guess the correct exposure without a lightmeter! Like the painter and his strokes, it is a learned process. One can only photograph what one knows and recognises. Kind of like the theory of solipsism. The greater one's visual vocabulary, the better one can photographically compose. After all, it is one's mind that 'sees' the image, but the finger operates the shutter release. The camera never takes the picture. 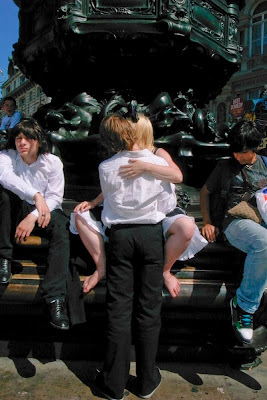 London, 2010
Set your sights a little ahead of you. But always move the ahead by the same amount. That way you will make little 'progressive' steps, but progress it will, rather than setting an impossibly difficult goal that you neither have the time or motivation to achieve. I see many photographers strive to be included only within certain 'delineations' of practice, be it salon, weddings, or travel, or whatever genre they appear to be interested in. Why limit one's creativity at an early stage? A fluid but systematic understanding of the photographic processes within all fields of practice is just as important in determining one's stand in using the camera as an image capture tool. I was once told that "A good photographer can and must photograph everything". This saying still hold true. Having a personal style and visual signature however, is the key, like in art. We instantly recognise a Matisse, a Rothko or a Warhol.


Cameras today have simply become too cumbersome, and a burden to most photographers, who seem to liken them as boxes of (clever) tricks rather than picture taking machines. The 'pixel-peepers' who clearly have never printed large format have become the guru's of digital photography amongst their peers through endless on-screen comparisons. They see the pixel but miss the picture.
Posted by svllee at 20:33

And its been Tweeted (is that even the right expression?)

Hi Vignes, thanks for your link and tweet. Hope it makes sense.

great write up...
kind of reflects my past and current state...
hope more and more people will understand n realize this sooner...

Thank you Mervyn, you are very welcome here.

I am Sofian Hamid said...

Thank you for posting this. You've moved be by this words, "want to change the world. Having noble intentions is one thing, but having the ability to execute it is another." And of course I will shoot more of my family member portraits after this. Thank you thank you =)

Hi Sofian, many txs for your comment and visit. Would love to see how you get on with your family portraits.

thanks for posting this
all the best!

Hey Steven. I think it does ring a few bells in quite a few heads. I feel its a very relevant entry especially for the people back home. Things have become quite superficial here (back in KL) and I hope this entry knocks at least a few people back to the core reason of why one photographs. And now I see this post turning up on Facebook quite a few times. If anything, that shows the resonance this write up has on quite a few people.

Hi Vignes, thank you for your comment. I appreciate all comments here. It's difficult to see through all the distractions that is put ahead of photographers nowadays, and reviewers, manufacturers, forums etc have their own separate agendas. Going back to basics is always a good starting point.