Celebrating Leibovitz at the NPG, London Annie Leibovitz
A Photographer's Life, 1990-2005
16 October 2008 - 1 February 2009
Over 150 photographs by the celebrated photographer, encompassing well-known work made on editorial assignment as well as personal photographs of her family and close friends. Courtesy : The National Portrait Gallery, London

Now and then, a brilliant retrospective exhibition comes through London. The last one to my mind was Diane Arbus at the V&A. The organisers even built a replica of Arbus's darkroom and study with all her notes, jottings and books just as she had left it after her tragic suicide. 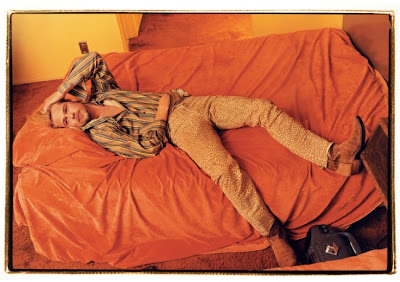 With Leibovitz, I can imagine seeing some of her most notable pieces ( I haven't managed to get round it yet as it just opened and I will be leaving London for a few weeks, so it will have to be a pre-Christmas date for me) like Demi Moore's pregnant nude shot, the atmospheric QE portraits, Schwarzenegger in his birthday suit, the elegant dance studies of Baryshnikov, the shy Bette Midler submerged in a bath full of red rose petals. Aside from the glamorous celebrity portraits she shoots during her time at Vogue and Vanity Fair, Leibovitz's more poignant work can however be found in her close 'snaps' of her close friend and companion, critic and writer, Susan Sontag. Especially powerful are her black and white shots taken in documentary style, of Sontag's final days in hospital and at home after battling cancer for several years. 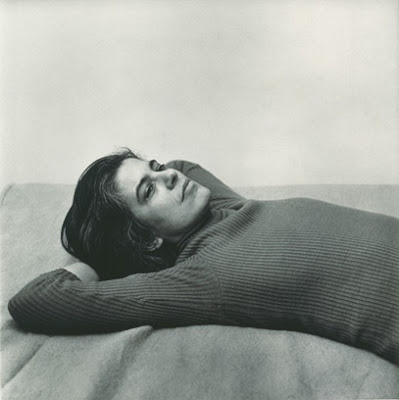