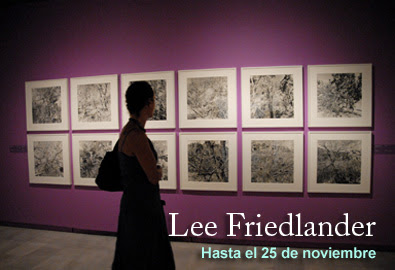 Photo : la caixa, espana
I spent 6 days of what's left of the British Summer in Palma, Majorca last week and I encountered even wetter climate than in Malaysia, 4 out of the 6 days were wash-outs, with persistent dark skies, light flooding, even the car park at the Carrefour by Palma airport was temporary flooded. Shopping trolley carts were stuck and shoppers had to roll-up their trousers to wade across 5 inches of rainwater to access their cars. 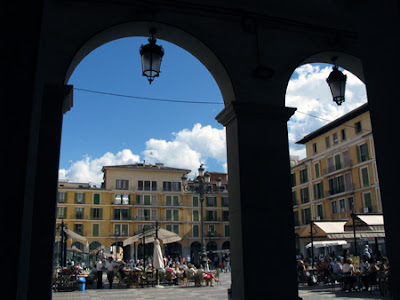 The good days were indeed brilliant, with temperatures hovering 22C as can been seen in the above photo of Plaza Mayor the focal point of this cathedral city.

Luck has it that there was a Lee Friedlander retrospective exhibition in town, and quickly found the venue, CAIXA FORUM , a spectacular gothic building just off the Mayor, showing over 500 photographs from his collection, in chronological order, what a gem! 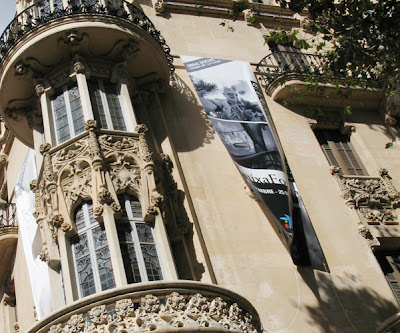 For those who are not familiar Lee Friedlander, he is one of the most influential American social photographers this century. He documented mundane street and storewindow scenes across America in the 60s and 70s with a candid humour, often including his own reflection, and loves the interpretation of layers in his works. Here's what Wiki has to say..

Friedlander studied photography at the Art Center of Los Angeles. In 1956, he moved to New York City where he photographed jazz musicians for record covers. His early work was influenced by Eugène Atget, Robert Frank, and Walker Evans. In 1960, the Guggenheim Memorial Foundation awarded Friedlander a grant to focus on his art and made subsequent grants in 1962 and 1977.

Working primarily with Leica 35mm cameras and black and white film, Friedlander's style focused on the "social landscape". His art used detached images of urban life, store-front reflections, structures framed by fences, and posters and signs all combining to capture the look of modern life.

In 1963, the International Museum of Photography at George Eastman House mounted Friedlander's first solo museum show. Friedlander was then a key figure in the 1967 "New Documents" exhibition, at the Museum of Modern Art in New York City along with Garry Winogrand and Diane Arbus. In 1990, the MacArthur Foundation awarded Friedlander a MacArthur Fellowship.

Friedlander now works primarily with medium format cameras. While suffering from arthritis and housebound, he focused on photographing his surroundings. His book, Stems, reflects his life during the time of his knee replacement surgery. He has said that his "limbs" reminded him of plant stems. These images display textures which were not a feature of his older work. In this sense, the images are similar to those of Josef Sudek who also photographed the confines of his home and studio.

In 2005, the Museum of Modern Art displayed a major retrospective of Friedlander works. In the same year he received a 2005 Hasselblad International Award.

As I entered the exhibition hall, there was a huge printed panel with one of his quotes which basically sums up his work : 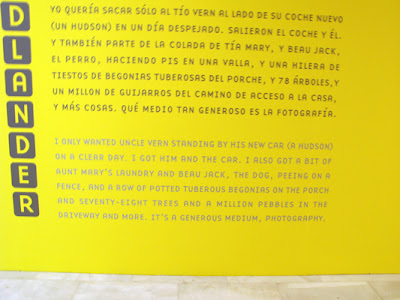 ''I ONLY WANTED UNCLE VERN STANDING BY HIS NEW CAR (A HUDSON) ON A CLEAR DAY. I GOT HIM AND THE CAR. I ALSO GOT A BIT OF AUNT MARY'S LAUNDRY AND BEAU JACK, THE DOG, PEEING ON A FENCE, AND A ROW OF POTTED TUBEROUS BEGONIAS ON THE PORCH AND SEVENTY-EIGHT TREES AND A MILLION PEBBLES IN THE DRIVEWAY AND MORE, IT'S A GENEROUS MEDIUM, PHOTOGRAPHY.''

Friedlander is a humble and unpretentious photographer, with a clear but skewed vision often seeing outside the camera frame. Like in this photograph below : 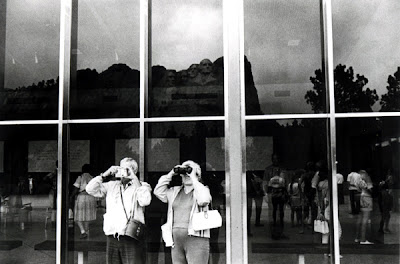 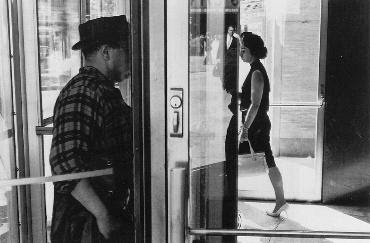 The exhibition also included some of his early diaries, workbooks and series of his self-portraits. It was a wonderful display and I can't remember the last time I was so excited to see a photography exhibition, perhaps that was the Diane Arbus retro at the V&A 2 years ago.

i haven't visited you in a while! glad to see more photos :)

Hello Tracy, glad to see you here..hope you are well. The book will be launched very soon!

Steven and Lis - all the best for the launch. Too bad we cant be there.

No worries, Kak, we are planing a London launch and you will be invited to sing...!